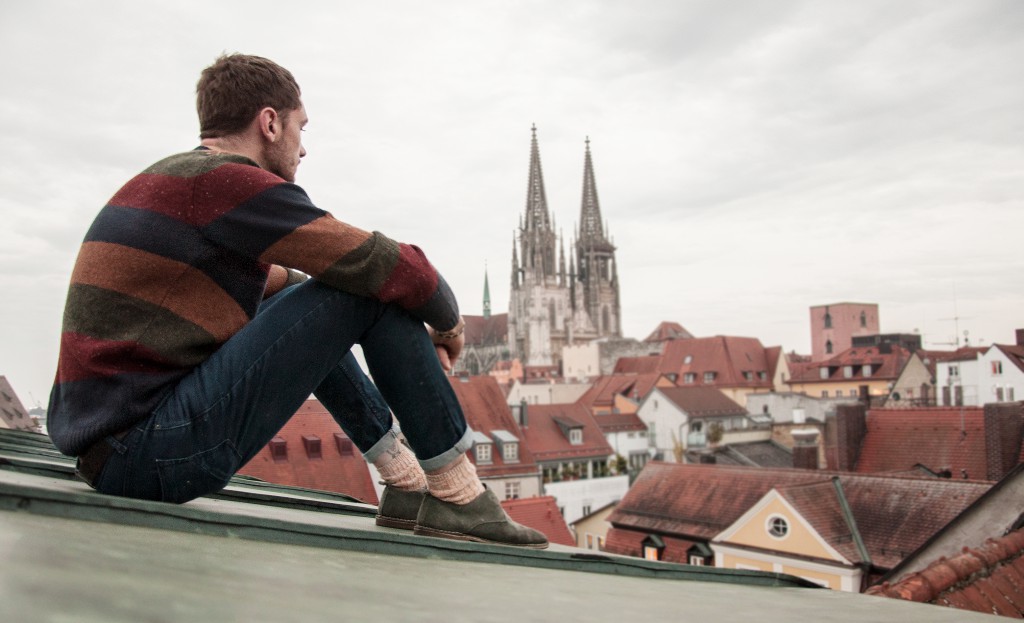 A month ago I was still an Oktoberfest virgin. In the weeks leading up to my defloration I was bombarded with advice, warnings and one apparently crucial requirement: I had to have my own, authentic, lederhosen. Countless people told me there was no way I could go without so I reluctantly went Tracht shopping. Why reluctantly? Well, from being a child I’ve been well aware that I have disproportionately long legs and a very poor excuse for an arse. Legs make up around 70 per cent of my body and I couldn’t imagine close-fitting, leather shorts complementing them. Traditions are, however, important to me. But when every Gregory and Susan buys into this tradition, it forms a flaccid cliché. The concentrated juice of the tradition becomes weak and diluted with the real reasons forgotten. I succumbed to relentless peer pressure anyway. Unfortunately, the image in the mirror was more of an awkward looking giraffe than the cool, adopted Bayer I was hoping for. Lederhosen abandoned.

It was around 08:45. There was a deep, warm autumn sun rising and everyone was either drunk or trying very hard to get drunk. As a general rule, I say no alcohol before midday but this occasion had no interest in such rules. Equipped with a bag full of beers and Harry G.’s instructions, I accepted my fate and cracked a cold one before nine bells.

If someone in England told me that we were going to have a day on the beer in a tent I would picture a structure of canvas supported by a few unstable, metal poles; there would be a couple of tables and a cooler with a box of Carling to share. The tents at Oktoberfest are anything but tents – they’re colossal buildings! The overwhelming first impression was the sheer number of people, all there to sip beer and have a great day. It was harmonious. In the Hacker-Pschorr super-construction we joined a table of Bavarians and after pleasantries, with Stein in hand we were dancing and singing songs I didn’t know the words to. I pictured this occasion in a major English city and it was a grim thought. The culture of British drinking is generally housed in pubs, functional establishments where cold suds and pork scratchings are sold en masse and on a weekly basis a handful of thugs will be found scuffling in the car park. If a pint swilling, fist hurling horde were unleashed into an Oktoberfest-esque environment, there would be chaos.

Drinking in Germany is different. People drink at anytime of the day, at university, on the way to work or while walking their dog. It’s not drinking to get wasted; it’s for the enjoyment, the taste or possibly because of crushing pre-exam nerves. As many of you know speaking a second language becomes infinitely easier when under the influence. This suits me perfectly and I’m comfortable in the knowledge that I won’t be lambasted for a nerve soothing, language ability boosting bottle at one in the afternoon.